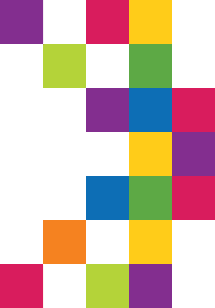 Cellfield uses Scientific research to create new brain connections.  Click the video below to learn how Cellfield Changes Lives or read the transcript.

For more information about the signs of Dyslexia click on the link below:

Voiceover: Cellfield is a software-based intervention that’s been designed for children and adults who suffer from reading difficulties and/or other processing difficulties such as dyslexia.

Cellfield student 1: I went in there to do the programme with shaky words and letters moving and numbers backwards

Parent 1: Asher was probably about 2 years behind with her English and Maths

Parent 2: reading was a struggle for him, he really hated all homework and really was having challenges at school

Voiceover: in the pre-intervention stage, candidates complete a series of tests in order to get a clear picture of their strengths and weaknesses in reading and processing information. From here, they visit an Optometrist for optometric testing.

Bradley Pillay (Optometrist): when we read there is a lot of complex movements being made by each of the six different muscles that the eyes have. Now if these muscles aren’t working together quite well, I will find them.

Voiceover: one of the great biproducts of Cellfield is that the intervention can often improve some visual flaws. The actual intervention is ten one-hour sessions completed over a two-week period. Upon completion, a post-intervention test is done and the gains achieved are, on average, 1 to 2 years in reading skills.

Bradley Pillay (Optometrist): the post-Cellfield results have quite amazed me in terms of how well the person’s visual system has performed after a relatively short period of time going through the Cellfield therapy process.

Parent 1: she’s jumped up nearly a year and just her confidence in herself and believing in herself that she can actually do it.

Parent 2: we got him reassessed and his actual symptoms of Irlen had disappeared and his eyes processing had improved. But really, it was him saying that he could understand what he was reading, which I thought was amazing because he probably went through just trying to read a word a word a word just trying to even read the words, and now he can comprehend and actually visualise it

Parent 1: the teachers noticed it at school as well, she did a reading assessment for her report and she went up three levels

Parent 2: it has worked for Mathew, I really, hand-on-heart, it has really worked for him when nothing else helped him

Voiceover: when it comes to education, time is of the essence. So, if you do have any concerns, or your parental intuition tells you that something’s just not right, being proactive is the best approach. For more information, contact your nearest Cellfield practitioner. Cellfield: learning intervention.

For more information about the signs of Dyslexia click on the link below: